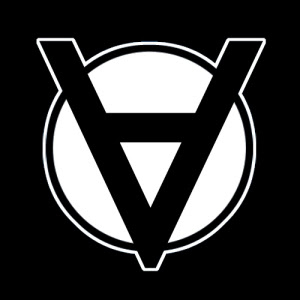 Among the whole world of ideological labels that I could potentially attach to myself, there is one in particular that I feel called to talk about. Voluntaryism. This is a label that I have for a long time now felt affinity with, and in recent times have been cozying up to more and more. According to the Wikipedia entry on Voluntaryism it signifies:

"a libertarian philosophy which holds that all forms of human association should be voluntary."

And since that definition immediately points to the other label of "libertarian", I will for good measure give the Wikipedia entry definition for that word as well:

"a collection of political philosophies that uphold liberty. Libertarians seek to maximize autonomy and freedom of choice, emphasizing the value of political freedom, voluntary association, and the importance of individual judgment."

What these two definitions describe are attitudes and approaches that I personally believe in. Hence, I am a voluntaryist, I believe that all human relationships should be voluntary.

It feels odd to me, in a way, that I believe that I should be publicly saying this, since in my eyes the philosophy of anarchism contains voluntaryism within it as a fundamental principle. However, as the years have gone on, I have had more and more reason to believe that many, if not most, people who call themselves "anarchist" do not in fact think that all human relationships should be voluntary. So-called "anarchists" have said and done things that have lead me to believe that they do think that certain things should be compulsory and forced on people whether they want it or not.

I say, to hell with that. If you believe that people must or must not do certain things, or must or must not belong to certain associations, and these people are not aggressing on anyone to begin with, then you are not an anarchist. Anarchism, in all of it's different varieties and complexities, grows out of the fertile soil of voluntaryism.

The fundamental starting-point principle here is: voluntary only. Everything must be voluntary. If it is forced, then it is rotten to the core. Having an association or interaction being voluntary ensures that people are authentically being themselves, and it lays the foundation for the association/interaction to be more thoroughly joyful and creative. This is a principle that I cherish.

The way that I determine whether something is truly voluntary or not is to see whether there is an explicit or implied threat hanging over someone if they were to say "no". For example, will one be physically attacked, killed, or forced into a cage if one did not comply with what is being asked of them? With the case of governments everywhere, these things will happen to people if they did not comply with the various commands associated with government. So government is then by it's very nature a kind of non-voluntary association, making it incompatible with voluntaryism.

However, here is where I begin to diverge from most people who consider themselves to be voluntaryist: I view the set-up that is created materially with the social constructs of capitalism and private property as being one where people are forced into non-voluntary relationships as well. This is because everything that one needs to physically survive, such as food, water, shelter, medical care, etc., has a price-tag associated with it. People are then put into the position of being compelled to jump through whatever hoops necessary to ensure their own survival and the survival of those they care about. Instead of the threat being "do this or be shot" or "do this or be forced into a cage", the threat then becomes "do this or starve to death" or "do this or die of exposure". The result is the same: a non-voluntary foundation.

Another direction that I take my voluntaryist philosophy has to do with the realm of the social needs. Human beings all have a need for intimate personal connections with other people, a need to be understood and accepted for who they are as individuals, and a need to belong in community with other people. These needs can all be met in a wide variety of different ways, there is no uniform strategy for meeting these needs. What remains universal, though, is that all human beings have these needs inside them yearning to be met in order to have happy and healthy lives.

With that being the case, the threat of social ostracism and dehumanization plays an equally coercive role resulting in people being compelled to jump through whatever hoops necessary in order to ensure that their social needs are met. This dynamic plays a large role in how social conformity and groupthink comes about. Since this particular form of coercion so often falls into the realm of the personal and interpersonal, it is often not noticed or recognized by people who have a political-oriented mindset. But just because it is often not seen does not mean that it is not there, nor does it mean that it is not felt by all of us as we go about our lives.

This then means that I see the various threats to a voluntary society as coming from three main directions: the overt political nature of men with guns coming to tell you what to do, the material/economic realm of the various threats and stresses associated with being forced to "make a living", and the social realm where the continuing threat of being excluded, alone and unloved is always present.

How to have a truly voluntary society then comes as a huge conundrum, since it goes against every existing model that we have for looking at political/social change. This is a big question, and one that I hope to tackle and address in various bits and pieces as time goes on. But to give a brief summary of my approach I will say this:

What I am advocating for is a certain kind of way for people to approach relating to one another where they are not aggressively threatening one another, where they try to honestly recognize and talk about whatever needs they have, where people are actively working together to try to get their needs met together, and where they are continually trying to better understand one another more deeply and without judgement. My approach is based on the Rogerian principles of having authentic conversations with sensitive empathy and unconditional caring present, while also ensuring that the basic material needs of everyone are being met, as well as ensuring that everyone feels free to leave the interactions/associations whenever they see fit.

This is a whole different way to view human interactions, but also one that I believe goes way back in time, before the vagaries of civilization made force and compulsion the norm within human relationships. "Voluntary only" is a wonderfully simple, yet quite powerful, principle that does a lot to get the conversation started on how we can all have free and happy lives. And it is for that reason that I am happy to call myself a "voluntaryist".

Would that I had the experience of trust in the integrity of those with whom I voluntarily associate! I have been repeatedly reminded that even the loftiest of consensual ideals cannot be actuated by such damaged beings as we are. By their nature, non-voluntary relationships provide me with a way to externalize my heartbreak.